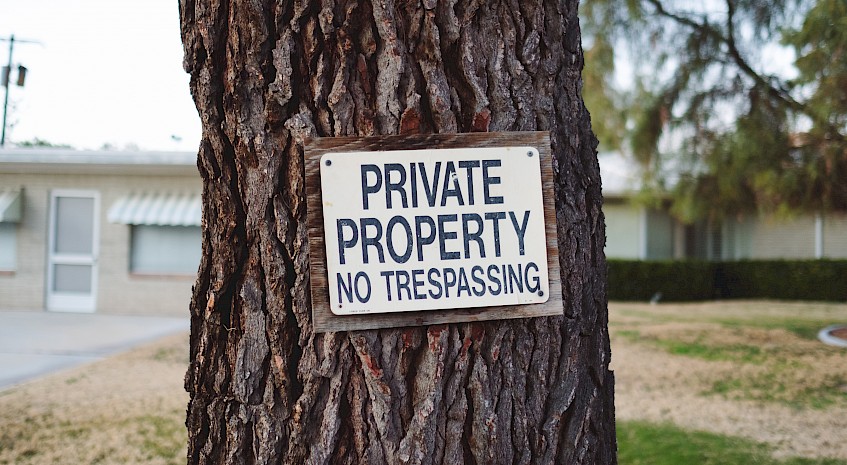 Putting into possession or the so-called "Introduction" is an executive method for compulsory confiscation and transfer of awarded real estate. He is with him carries out a non-monetary possession of the creditor to the debtor for the transfer of possession or possession of this property. To get to the introduction in possession it is necessary to have a court decision for the transfer of the specific property. It does not matter on what exact grounds the property was awarded. Most often these are property claims or possessory claims. It is possible that the transfer of possession or possession of the property is based on bond between the creditor and the debtor. In order for a regular transfer of possession, it is necessary to have certain prerequisites, the first of which is to have an issued writ of execution in favor of the creditor against the debtor in which the property is individualized. Secondly, at the time of entry the property is held by the debtor specified in the writ of execution or by his heirs or successors. At the time of commissioning, however, the property could be also masters a third party. In this case, the introduction is possible if the person has started to own the property after the filing of the case in which it was issued the enforceable decision. The most common situations are those in which the writ of execution is issued on the basis of an invalid decision of an appellate instance, against which a cassation appeal was subsequently filed. The decision was revoked and the case was returned for a new hearing in the appellate instance. If in the new hearing the court rendered a decision with reverse content and it came into force, the court rendered the decision, issued a Reverse writ of execution against the creditor for return of the things / amounts received under the initial writ of execution (art. 245, para 3, sentence 2 of the Civil Procedure Code). This is done in case of substantive illegality of the enforcement, because the decision on the basis of which it was issued the original writ of execution will be revoked when it is incorrect, ie. under the conditions of Art. 281, item 3 of the Civil Procedure Code. And when a new one is ruled decision on the same dispute, rejecting the claim as unfounded, it is obvious that the plaintiff is not the holder of the property right claimed by it and realized at the initial writ of execution. Another common case is when the writ of execution on which it is made the introduction is issued on the basis of an Enforcement Order under Art. 417 of the Civil Procedure Code.
The cases in which the taking into possession as a procedural action have been appealed and revoked by a decision of the second instance are those in which the introduction was made in violation of the procedural norms governing its implementation, ie. no longer in case of substantive illegality of enforcement, and in case of significant procedural violations. In practice, there are differences in the prerequisites for the implementation of the reverse entry, as according to some bailiffs to perform reverse entry, a reverse writ of execution is required, and according to others - such is not necessary and the entry will be made directly on the basis of the annulment judgment by which the initial introduction was annulled.

In its constant practice, the Supreme Court of Cassation accepts that when an entry into possession by a bailiff is revoked, the latter is obliged to restore the actual situation before the introduction. For this purpose it is not necessary to issue a title by the court. The bailiff's obligation follows from the fact that the action itself was committed without a procedural basis for it and is in violation of the Civil Procedure Code. In accordance with the principle of legality (Art. 5 of the Civil Procedure Code) the bailiff is obliged to do so in execution of the court decision, ie. to reverse enter when canceled with court decision on procedural grounds previous introduction, it is not necessary to issue a reverse writ of execution, and the bailiff will carried out directly on the basis of the annulment decision. The question is whether the refusal of the bailiff to reverse the entry is subject to appeal? The actions of the bailiff subject to appeal are exhaustively listed in the Civil Procedure Code. When a complainant is a third party, it arises the additional restriction of art. 435, app. 4 of the Civil Procedure Code - the execution must have been directed at things, which on the day of the seizure, foreclosure or the transfer, if it concerns a movable property, is in the possession of that person. In the so-called reverse input, the condition of this text is obviously not present. In view of the current legislation, it does not exist possibility for the bailiff's refusal to reverse the entry to be appealed in court! In this impossibility, the effective next means for protection of the third person, is the filing of a possessory claim, as the precondition for it is a decision under art. 435, para 5 CPC, establishing the illegality of the introduction. This is not the case with the implementation of the Special Pledges Act. The enforcement due by the bailiff is not genuine a typical enforcement process, but is a continuation of the "necessary assistance" that the pledgor must provide to the pledgee (Art. 35, an.1 of 303). The main difference is that in this case there is no previous lawsuit in which the property is established by virtue of an award. right of the pledge creditor, there is no writ of execution. The bailiff shall take action on the basis of an extract from the register of entered pledge and entered proceeding to execution (art. 35, para. 1 of 303). In essence, these actions are not an enforcement process, but coercive measures to preserve the property of the pledgee, ie they could be classified as a security process. It is so, because the pledge creditor, through the introduction secures his claim to the pledge debtor.

A problem on which there is no unambiguous case law is the problem of the rights of the third party, which is removed from the property case law it is accepted that the third person cannot appeal the entry into possession, because explicitly by virtue of Art. 36, para. 2 of 303, it can filed a declaratory action against the pledgor and the pledge creditor in order to protect his rights. Although incidental, the opposite practice also occurs. In this case, there is no possibility to issue a reverse writ of execution. This is at least because the initial introduction is performed without an executive title. Undoubtedly, the reverse entry will be made at the request of the removed third party against the pledgee, under whose initiative the initial introduction was made. However, it is possible that the pledgee has returned the possession to the debtor who owns the property. Upon return of possession of the property the pledgee implicitly waives (temporarily or definitively) from seeking his claim through the previously made deposit on the pledged under the PPA property. In this case, the bailiff will find another person in the property, and not the one he entered with the revoked court order. When this special case of "assistance" (Art. 35, para. 1 of the PPA) Art. 523 of the Civil Procedure Code is inapplicable - because, before the execution, no claim has developed proceedings which have resulted in a judgment and it cannot be assessed whether the person took possession of the property before or after the initiation of the case. The bailiff has no right to make an introduction against the owner of the property in the case of voluntary transfer of property by the pledge creditor to its owner. The actions under Art. 35, para 2 of the PPA constitute rendering of assistance to the creditor, as they do not represent executive actions. The pledgee could waive his performance to the specific property, postpone it or after deeming that he does not need to hold the same in the course of the execution under the PPA, to return the property to its owner (pledged debtor). In this case, even in the event of cancellation of the action of the PEA in court (which would be inadmissible), the reverse entry would be pointless. Furthermore, it could not be brought against the owner of the property according to the arguments set out in the previous point. The relationship between the third party removed during the initial entry and the owner of the property should be settled by claim. Even if we assume that in the hypothesis of revoked entry, performed under Article 35, paragraph 2 of the PPA, the prerequisites for re-entry are present, the court the contractor is obliged to take into account the relevant facts that have occurred after the court decision under Article 435 of the Civil Procedure Code, as well as the rights of the persons who would find in the property if they are different from the pledge creditor at whose request the initial entry was made.

The person who has been removed from the property has the right to a claim under Article 36, paragraph 2 of the PPA against the pledgor owner of the property. The claim can be real (for example, to protect the right of use established in his favor) or bond (if he is a tenant of the property). If the case is successful, it will holds an executive title, on the basis of which he will receive the actual power over the property. Assuming that the reverse input can take place against the owner of the property without conducting a lawsuit, we will empty the content provided by Art. 36, para. 2 of the PPA claim protection of each a third party contesting the right of the pledgee and, possibly, of the pledgor. The vocation of the lawyer is to help the client in every life situation and to protect him through his legal knowledge, experience and advice from wrong decisions, which in most cases are associated with many headaches and could have been avoided. Trust us and we will we make sure to find the best solution for your legal case!

Defense before the court in Order proceedings and before the PEA in enforcement cases.